Training for another 1/2 marathon 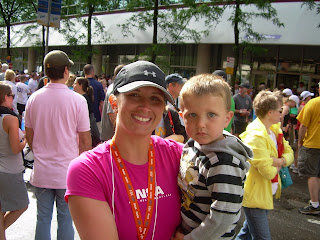 This was me at my first ever 1/2 marathon in 2010.  I wasn't going for speed, I wasn't going to win(obviously), but I was going with the intentions of making it under 2 hours...which I did, barely, but did it nonetheless...little did I know baking in my body at this time was this little guy: I can tell him he ran my first 1/2 marathon with me... 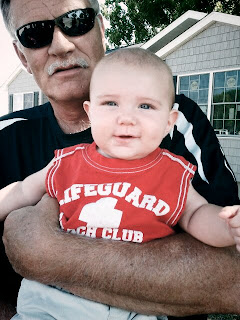 So, after running my first one, I thought these aren't so bad, so I have continued running them...and I enjoy training for them, it keeps me focused.  Let me preface this by saying, I ran 800's in high school, and was not a distance runner, so I have come a long way in the running department. 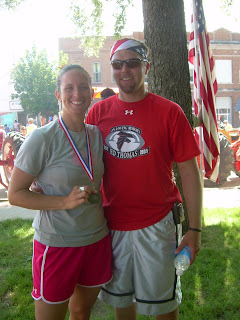 My husband and I ran the 2011 IMT Des Moines Half Marathon  last year and are planning to do it again this year.  (this is not the picture from that race because we did not take one at the race, the less baggage the better)

I have also signed up for the Marion Arts Festival Half Marathon on May 19th.  This couple with a couple of triathlons and and 75 mile bike ride with RAGBRAI, and I should be good to go....

The point of this post....this is the program I am following, by Hal Higdon, I used it when I first began running and like the sequencing he does and the pace. 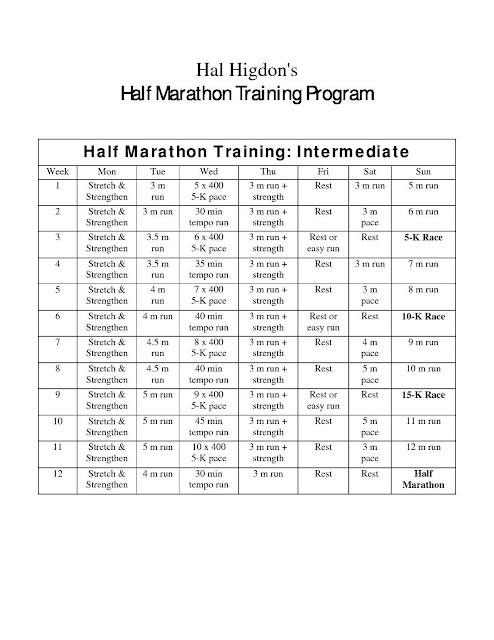 It is a 12 week program so I wouldn't have to technically start it till the end of February but I like to get going and will just repeat the last couple of weeks if I have too.  Enjoy!