Every year after the hunting season is done, my husband, brother, and father host a "Wild Game Feed" where all our friends can bring whatever type of meat they want to the "shed", the men cook it up however they like, and all can taste their creations.  I thought it would be a great opportunity to try my hand at the Foodbuzz 24x24 challenge so when they accepted my proposal I was so excited.

The men at their workstations: grills, fryers,smokers....it is fun to see how creative they get with preparing their "game" 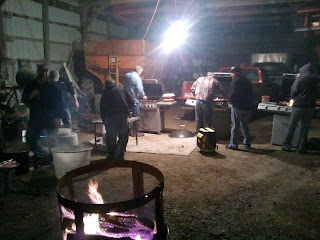 The "homemade" antler chandelier lights the shed for the party 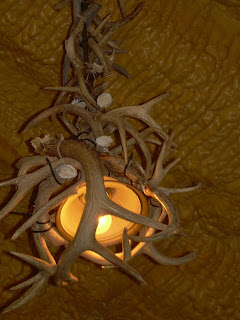 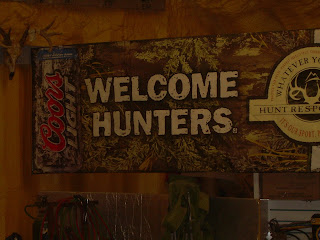 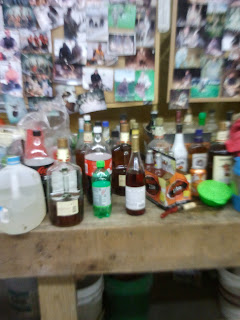 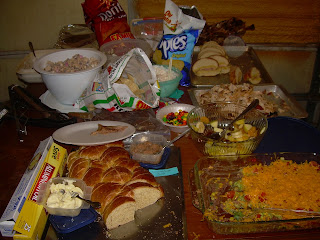 To get on with it.....What I prepared for the party, I am not a "mystery meat taste tester"(rocky mountain oysters have been known to show up, squirrel, rabbit,wild boar...you name it, they have probably cooked it up) I don't care for deer meat in particular so I make things that I know I can eat or want to eat.

My husband and I deep fat fried a turkey, we injected some seasoning, and this turkey was so moist and delicious.....this was all gone by nights end....... 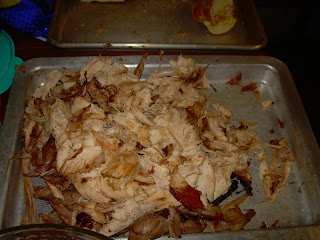 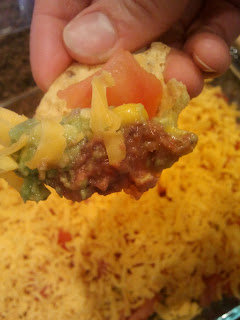 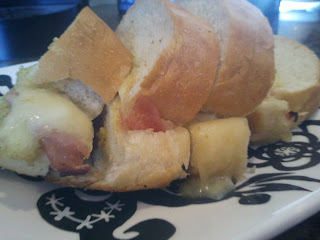 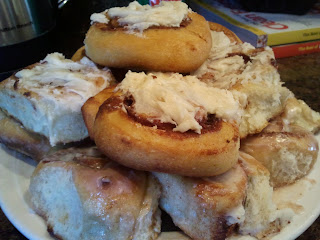 And there you have it....another successful "Wild Game Feed" in Iowa

Just a few random shots of some other goodies at the party..... 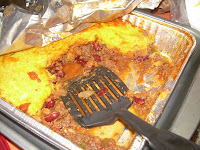 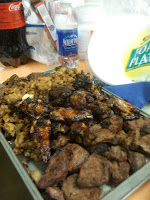 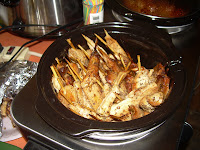 Lastly, a shot of me with my son...the woodburner was cranked up so we were both hot but his cute little face had to make the blog! 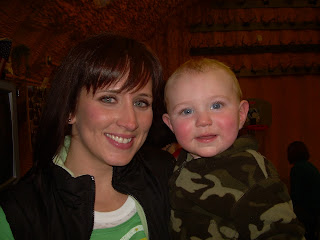