HE IS HERE!!!! 11 days early and he wanted to make his appearance and we are loving it!   I wanted to do this post earlier but when we got home with Eliyas, Bryson, who has been wonderfully lucky and not sick this year, came down with a horrible virus and strep throat.  So in between trying to acclimate to a new baby, we also had to keep B away from Eli, which was so horrible to do..all he wanted to do was hold his little brother.  Anyways, we are back to normal here so far, if there is such a thing, and we re loving our new little addition.  He is a great baby.  Eats very very well.  I am sleeping well and he lets me sleep too which is nice.  I haven't been able to do a photo shoot with B and Eli because of the sickness but once we get time I have got my camera ready!
Birth Story
We held Bryson's birthday party on February 6th so we could get it in before the new one arrived.  Party was great(pictures will be coming) and we had a great time with family. I had been having contractions all day, just dull pains, but when my family left around 5:30, they became stronger. I called the hospital and told them what was going on, they said we could come in if we wanted to.  We waited for a little bit, but they just continued to get stronger.   Got to the hospital and into a room.  I was dialated to 4.5.  They were going to monitor me for an hour to see if I made progress.  I had dialated again, and they checked again, and again.  Contractions were still strong and getting stronger but my water had not broke and they could not break it since I was at 38 weeks. Finally at 10 we moved to a room since I had dialated even more and was making progress.  From 10-1 we watched T.V. and I contracted more and more and dialated more and more.  I did not want any drugs so I was feeling everything, a lot more than my first time around with Bryson, but no tearing and I was up and at em in no time.  The doctor came in and I was dialated to 9, she broke my water. I pushed for about 20 minutes and Eliyas arrived at 1:56 a.m on February 6th.  He weight 8lbs 3oz, and was 21 inches long.  Perfect in every way! 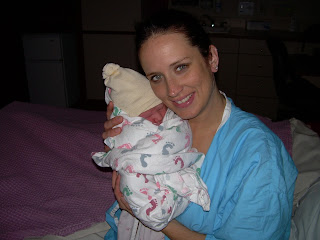 Me sporting the hot robes at the hospital 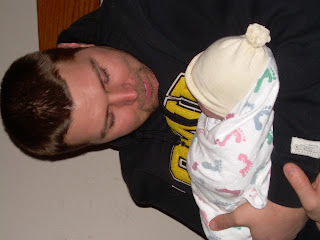 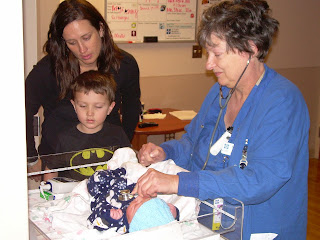 Bryson watching the nurse take Eliyas's vitals.  He loves every part of being a big brother. 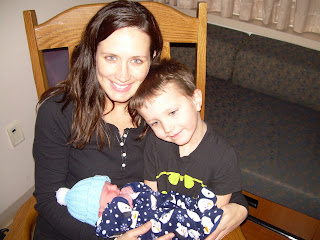 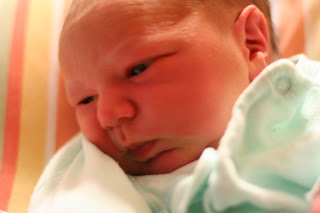 Eliyas Spree Wetjen
Expect more pictures to come now that we are back on our routine. 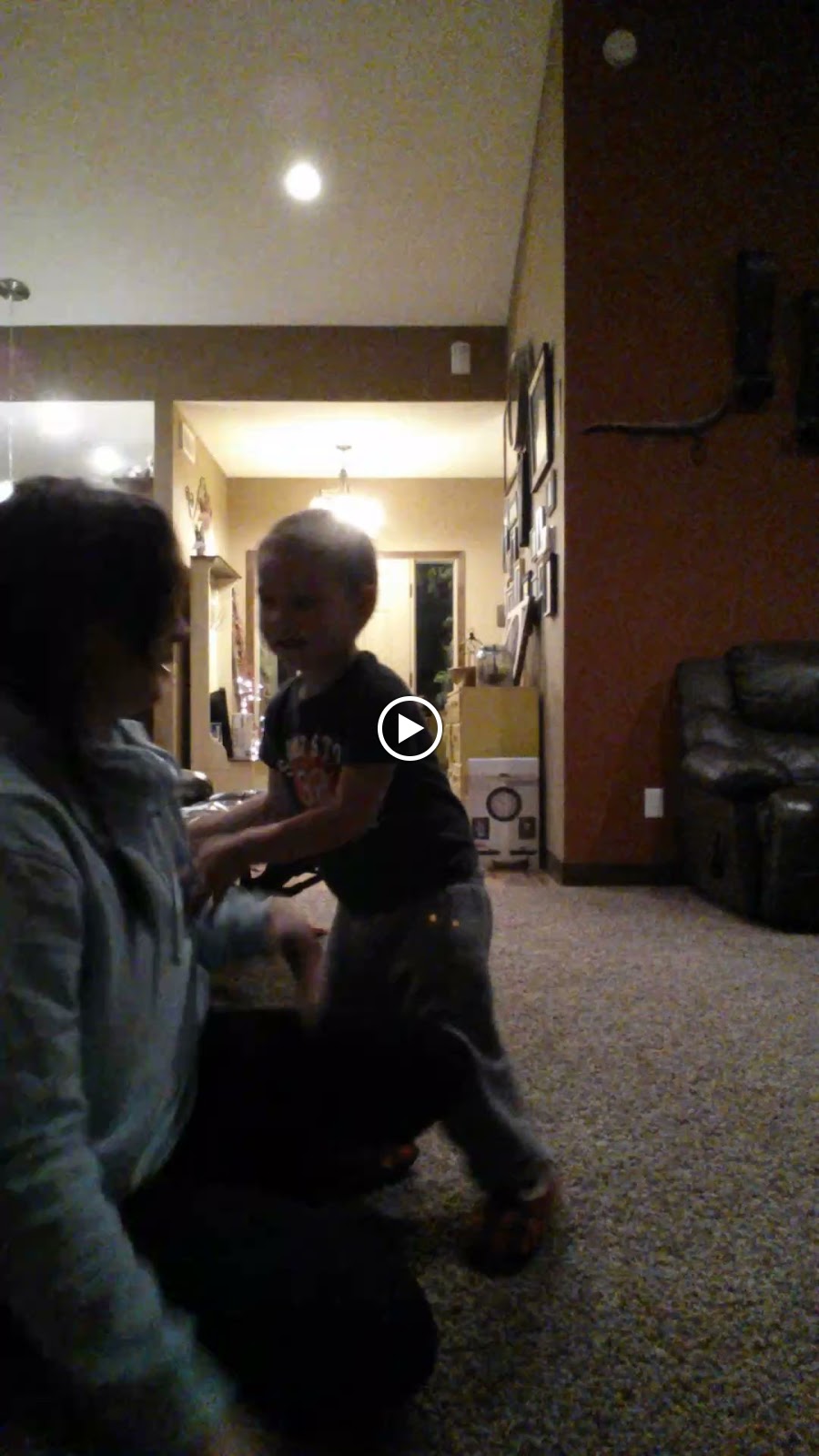 Mileage,P90X3, and a quick shoulder workout